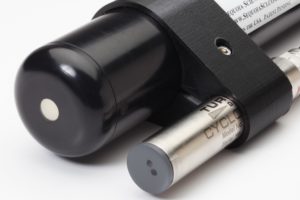 What are the benefits?

Can I combine past data that I already have?

How does it work?

How well does it work?

The figure below shows the sensitivity of a LISST-ABS and a turbidity sensor for a wide range of narrow grain sizes (in legend) and powders from Particle Technology, Inc. of Colorado. Combining the two produces the AOBS output. Not perfect, but is it substantially improved over either technology. If not combined, the individual technologies produce errors of a factor of ~100. 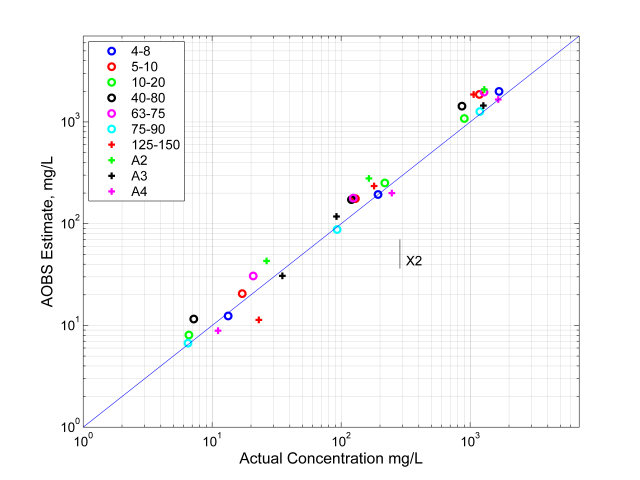 When will the LISST-AOBS be available?

We'd love to keep you informed about what is going on at Sequoia, and how our users and customers deploy and use their LISST instruments and other Sequoia products.